Born and raised in Stratford, Joe attended Holy Name Elementary, Wooster Middle and Stratford High School. After obtaining a Bachelor of Science degree in environmental science from Central Connecticut State University, Joe worked as a weather forecaster at Western Connecticut State University and Techni-Weather before catching the news bug and beginning a career in radio news. He had a successful career as a radio news reporter/anchor at WICC/WEBE, winning many Associated Press awards and twice the Ellen Abrams award for best radio reporter in the state.

After working in the City of Bridgeport administration managing all media relations and public affairs functions including the police and fire departments, Joe served as the deputy chief of staff for State of Connecticut House Speaker Jim Amann.

He returned to the city of Bridgeport and currently works on green initiatives ranging from energy efficiency and renewable energy to urban forestation and sustainable growth.

Joe volunteers monthly at the CT Food Bank and annually at the Housatonic River clean-up and is a member of Protect Your Environment (PYE), the Stratford Rotary and the Lordship Fathers Club. He is also an auxiliary member of the local VFW Post 9460 and was also a lector at Holy Name of Jesus Church.

Joe is fighting for Stratford interests at the State Capitol, including securing the funding for the new Stratford High School, the grant for the improvements at the South End Community Center and playscape, the funding for the Sterling House upgrades, the Connecticut Air and Space Museum at Sikorsky Memorial Airport, conveyance of the Grasso property to the town of Stratford and paving of Main Street.

Joe received the Legislator of the Year Award from the Bridgeport Regional Business Council in 2019. 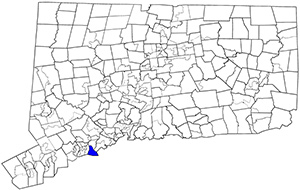